Many a new bass player starts with thumping out the notes in the chords of a song. They are mixed then as low-end filler. As they progress in their skill as a bassist, are you still mixing them as an afterthought? Check out these eight key frequency ranges you can use to bring out the great sonic character of a bass.

Sitting in the sanctuary, I watched the worship band practice. Most everyone sounded great. And then there was the bassist. He was playing the triad notes of the chords in the song’s chord progression. Nothing inspiring. He was, at most, adding to the low-end of the song. This was 20 years ago and before I started working in audio, but I could tell what was lacking.

Years later, I’ve seen this same bassist and he’s become a great bass player. He can play funk, pop, rock and county. Each of these styles has a different bass sound. And each of these requires a different type of mixing.

Let’s get to proper mixing

The sound of the bass is more than just a low-end addition.

The sound of the bass affects;

If you’ve ever listened to a bass solo in jazz or even in rock or county, it’s obvious that the bass has a distinct sound. This comes from how the musician is playing the bass but also the genre of music. Therefore, let’s look at how you can get the best sound for the instrument, for the song, and mix it in a way that supports the worship experience.

The Frequency Range of a Bass

The low E on the bass runs around 40 Hz. Now just up two octaves to another E and you have 165 Hz. This doesn’t mean the bass frequencies only exist below 200 Hz. Just like any instrument, by the time you look at the fundamentals and the harmonics, you can be looking frequencies as high as 6-7 kHz. It’s easy to think of the bass only as “low end” but as you can see, it’s so much more than that. Let’s examine how you can alter these frequencies for a better sounding bass.

There is a lot you can sculpt with bass EQ – well, there is a lot more frequency range than you might think. Without going overboard, here are eight ranges and the type of work you can perform in each area.

Those first five are all sub-200 Hz. However, look at what you can do above that. Presence and attack can reach as far as 6.5 kHz. Then we have what might be the most important of all; Clarity.

Using a digital mixer with the ability for multiple areas of boosts and cuts, you can do a lot. But what can you do with the analog boards? Analog boards come in a variety of EQ designs, from a single sweeping mid design to sweeping mid’s for “high mids” and “low mids.” In the case of the single sweeping mid, focus on clarity and/or presence. In the case of mixers with the two sweeping mid’s, you’ve got quite a bit more to work with. In the end, when you have limited EQ control, focus on clarity, presence, and the fat/thin.

If you aren’t sure where to start, start by listening to a collection of songs that the worship teams cover. Listen to the sound of the bass. Make notes on how it sounds. Now, you’ve got a sound goal.

A tip on bass EQ…don’t forget about the volume control. I’d had times where I liked the mix but it seemed it didn’t fit. Cutting a few dB’s put it perfectly into the mix.

Sculpting the sound of a mix means mixing instruments against each other. In the case of the bass, much of that work will be done with the kick drum in mind. The bass and the kick drum can support each other and take turns driving the song, from one song to the next. You’ll want to know the role of the bass in each song so check with the musicians.

You may or may not have at your disposal, the ability to work with compression and gating with regards to the bass. If you do, start by using these features to separate the sound out from the kick drum. A natural part of the EQ process is mixing against the other instruments and compression and gating is another tool you can use to do that.

As you can see, the bass guitar has a wide range of frequencies that are used and you have a lot you can do with them. Not only will EQ bring out the right sound but compression and gating can also help significantly with the sound. The bass is just as important as a rhythm guitar and, with a little work, you can make your mixes sound even better!

Question: What do you find the hardest about working with a bass sound? 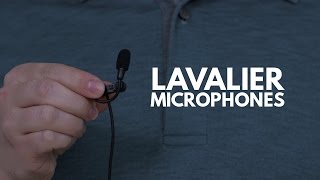 Setting Up Channel Assignments for Better Workflow: A New Method

EQ For An Acoustic Guitar

How to Remove Audio Feedback through Equalization

How Do Techs Magically Pinpoint a Problem Frequency?